Event volunteers in two rows are standing in front of the outdoor tent decorated with balloons where donors dropped off breast milk. One of the vounteers is holding a sign that reads '550 ounces donated'.

“I wanted to donate today in honor of all the NICU mothers,” said donor Kiera Strackis. “I am so happy to be able to help other moms who have a child in a NICU.”

Mothers’ Milk Bank is the oldest operating milk bank in North America and is the only non-profit organization of its kind in California. Founded in October of 1974 as the result of medical need for human milk to feed premature infants, Mothers’ Milk Bank is committed to provide quality services in California and other Western states. The Bank provides quality services to over 80% percent of California’s NICU’s and serve eleven hospitals in other states in the USA.

Milk banks, when affiliated with the Human Milk Banking Association of North America (HMBANA), are safe, certified, and have a legacy of meeting the needs of the most vulnerable populations. They address the issues of equity and social justice for women, babies and families. 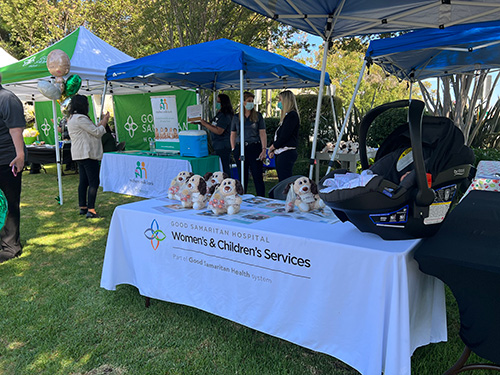